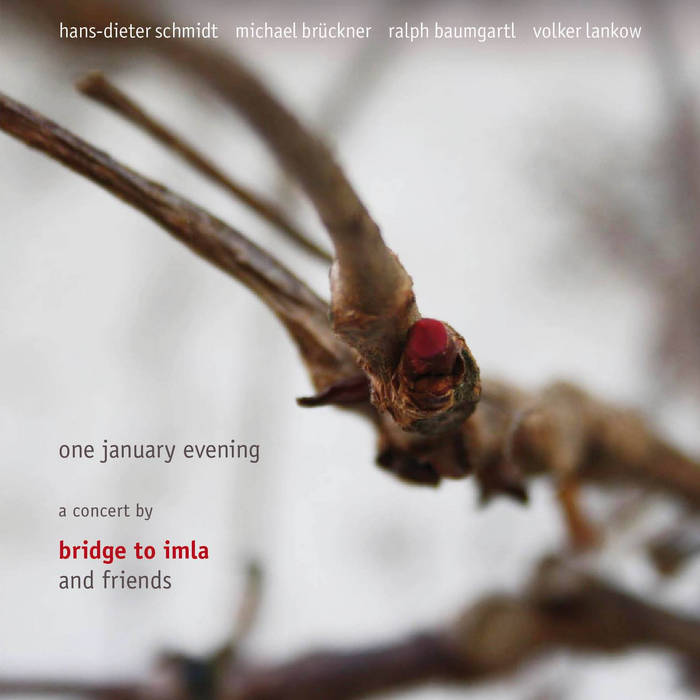 This album was recorded live in late January 2018
on an evening of live electronic music featuring
a solo set by synthesist Ralph Baumgartl,
(not included in this release, but it was excellent!)
a set by Bridge To Imla - with percussionist
Volker lankow on three tracks and finally
a jam session involving all four musicians.

Most of the bonus tracks (see below)
were recorded at a rehearsal by Michael Brückner
and Hans-Dieter Schmidt one week
prior to the event, except for...

...the studio version of
„The Dream-Quest To Unknown Imla“
which Michael insisted on doing, because
he had messed up his melotron flute solo
at the concert when he looked into
a blue laser beamer by mistake. ;-)

This release (even if You opt for the download version)
represents a double CD set:

Bridge To Imla is:

Special thanks to Jürgen Linde for providing beverages! :-)

And VERY special thanks to Mathias Brüssel for his safety recording of the BTI performance - it turned out that we needed it...!

Finally, a BIG "Thank You" to our wonderful audience - some of You travelled a long way to be with us on that January evening!