Get fresh music recommendations delivered to your inbox every Friday.
We've updated our Terms of Use. You can review the changes here.

by Bridge to Imla & Volker Lankow 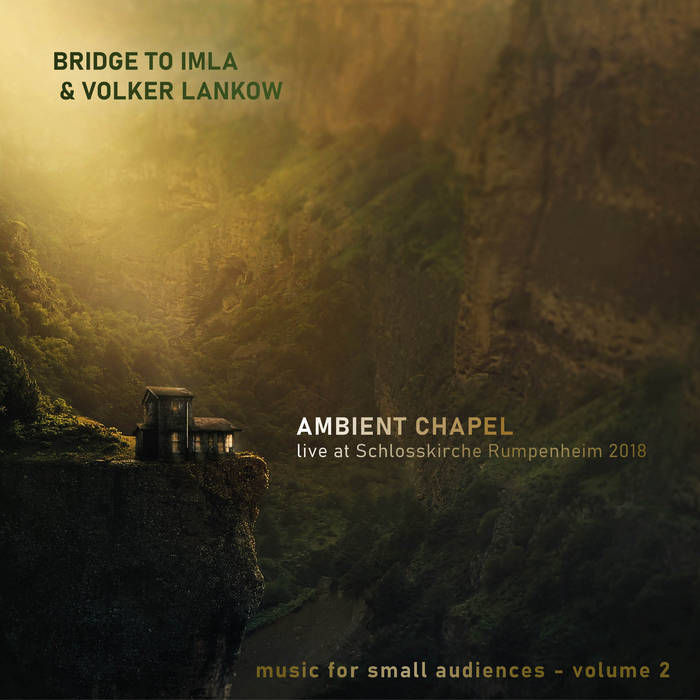 With this release, we continue a mini series of concert recordings from 2018 and 2019.

This concert took place on September 28, 2018 at the small Schlosskirche (castle chapel) Rumpenheim.
Like with our first concert earlier this year (see "One January Evening"), our good friend, percussionist and soundscaper Volker Lankow came all the way from Berlin to join us.

While the music was mostly improvised, some sections are based on pieces from our studio albums.

It was the closing event (finissage) of the
„Rumpenheimer Kunsttage“ (Rumpenheim Art Days),
an annual cultural festival near Frankfurt, Germany.

Many thanks to the organizers
for making it possible!


Album mixed by Michael Brückner
and mastered by HaDi Schmidt.

If you like Ambient Chapel - Live at Schlosskirche Rumpenheim 2018 (Music for small audiences - Vol. 2), you may also like: